Also known as The Type "H", this Motorcycle wad the first of it's type to be pressed into Military Service with The British Army. Manufactured by The Triumph Engineering Company in Coventry, England - some 57,000 production Models were constructed. At the start of World War I, The need for fast and reliable information  you be related both to and from the battlefield was of critical importance. Originally this Occupation, known as a Courier, was occupied by a Horseman. However, with improvements to the range of small arms and Artillery, this could be problematic. Bicycles were soon pressed into service (despite the advent of Motorcycles - were still used throughout The War). It was determined that a "motorized" 2-wheel transportation mode was more efficient. The Triumph was selected for the first "Courier Bike".

Nicknamed  "The Trusty", The Model H had a 550-cu Air-cooled 4 stroke Gasoline Engine. Capable of 40-mph (battlefield speed in World War I), it featured twin pneumatic rubber tires. These would be replaced by solid vulcanized versions. By 1916, a Side Car was attached for additional  one person transport. Made of Wicker Wood, it too would be modified onto a steel cage box for better protection. The Triumph was used by all Allied Forces for Courier Duties. It would serve as prototype for a host of Military Motorcycles used in World War II. The Triumph was very easy to maintain and as such, even 50 year old Models were found in use by Communist Forces in the Jungles of Southeast Asia in the 1960s. 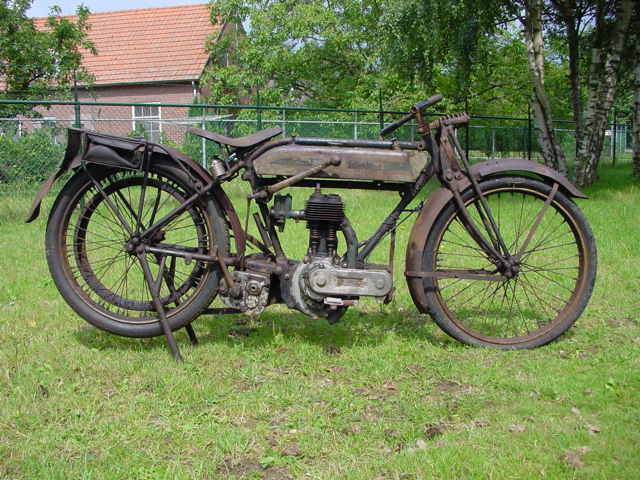