The British Supermarine Type 525 was a short lived Fighter Jet, developed as a primary Strike and Interceptor Aircraft during The Cold War Era. Based on several NATO and US Types, The Type 525 was earmarked for Royal Naval usage (Aircraft Carrier deployment). However, poor performance in slow airspeed (needed in Carrier Landing approaches), caused catastrophic failure in the Test Version. This – coupled with overall cost, caused The British Government to cancel any further development or renovation programs. Flown by (1), The Type 525 was 55-feet long with a fixed wingspan of 40-feet. Power was provided by (2) Rolls-Royce Avon Turbojets which could produce 6,500-IBF of Thrust each. Rated airspeed was 650-mph or ''low'' Mach 0.9. Rated Operational Duty altitude was 43,000-feet. No Combat armament or Ordnance had been developed at the time of it's initial flight failure during testing. 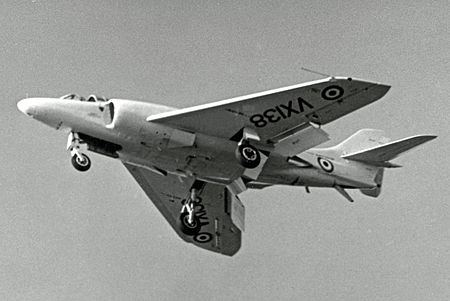