The Supermarine ''Seafang'' was a British Royal Navy Fighter Plane, first developed in 1946 (although a design was to be completed before the end of World War II). Design specifications called for a prototype as early as 1940, as a viable air war fighter. Cost over runs stalled The ''Seafang'' until after The War. By this time, The British armed Forces had switched to the designs relative to the coming ''Jet Age''. Only (18) ''Seafangs'' were deployed, none with combat experience. They were withdrawn from service in 1947. The ''Seafang'' was piloted by (1) and was 35-feet long. Wingspan for the fighter was 35-feet. Power was provided by a Single Rolls Griffon V-12 Engine, capable of speeds up to 475-mph. Operational ceiling was rated at 41,000-feet. Standard armament included was (4) 20mm Guns and (4) 60-lb. Rockets. 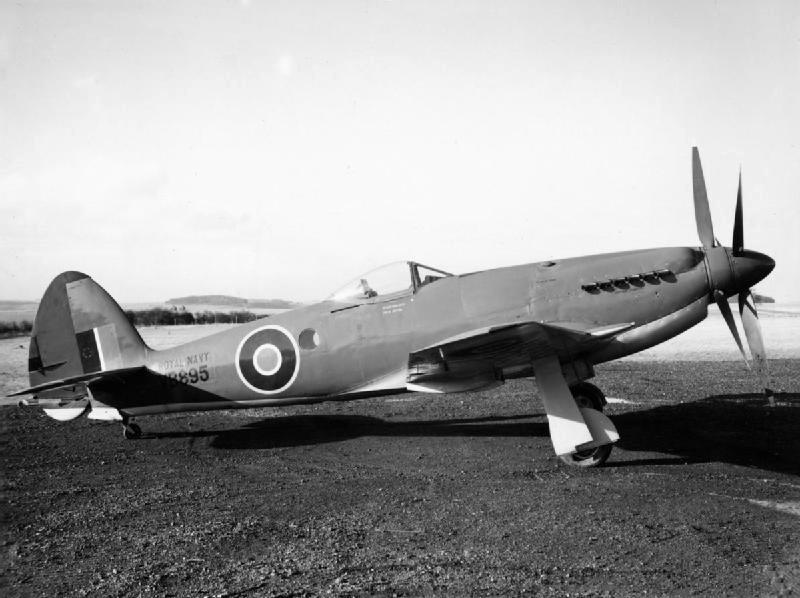