The Smatchet was a British weapon developed for used during World War II. The theory of using a heavy Short Sword for general Military use was not new. Many versions were developed for The Trenches of World War I. However, with the rapid advances in military technology in the 1940s, one would not think the need to ''revive'; such a weapon was needed. Designed by noted Knife designer and Royal Marine Colonel William Fairbarin, The Smatchet was so named for it's capabilities to be used as a close quarters weapons as well as a small hand Hatchet.

Naturally, The Smatchet was envisioned for Special Operations Units (Commando). The Smatchet was 12.5-inches long (blade) with a reinforced handle. No extended guards were added. The blade was single edged and came to a point. Carried in a shealth, The Smatchet was forged black (so as not to reflect light, day or night). Weighed to be used also as a blunt force trauma (with a blunted pommel), The Smatchet was in service as late as 1980 in The British Commando Services. 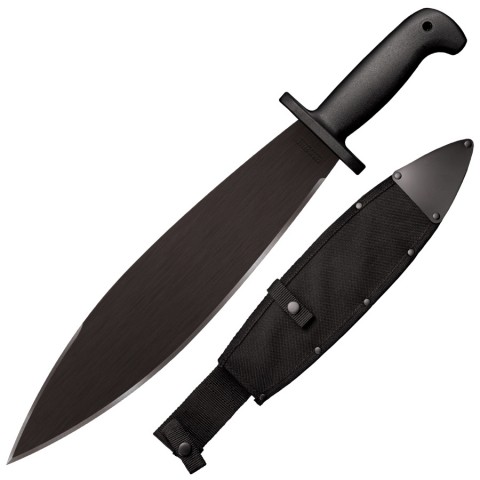