The British World War II Troop Transport (Glider) known as The Slingsby Hengist, was a low produced Warplane which saw limited usage. First deployed in 1942, The Hengist would be used by The British army until The Allied (American) produced ''Waco'' Glider replaced them just prior to The Normandy Invasion (France) of 1944. The Hengist was noted for it's flattened fuselage to help in it's often ''hard landing''. Flown by (1) Pilot, The Hengist could support (14) Fully equipped Soldiers. Measuring 57-feet in length, The Glider had a wingspan of 80-feet. As with most Gliders, it was an ''air Towed'' Craft which required 130-mph to achieve gliding status. On average, The Hengist could achieve close to 50-mph. 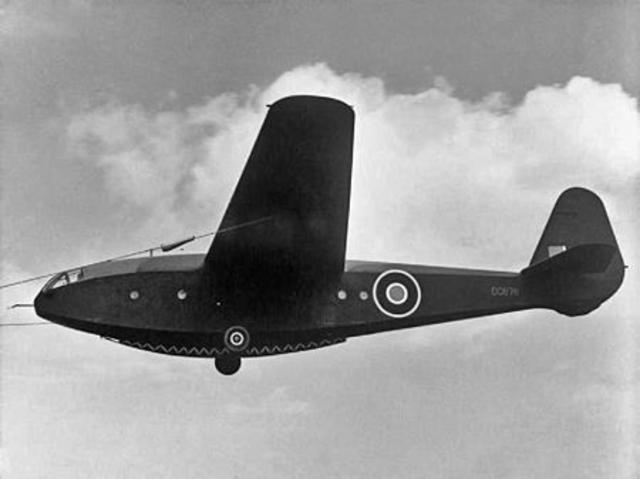