One of several British Acts established by Parliament – to regulate The African (and related) Slave Trade, The Act of 1788 was one of the first written and enacted to begin to slow such action. As we have seen, Slavery was a cash crop for many European Nations, wishing to import African captives into The Americas, beginning in the 1690s. Spain was a major supporter and as such, England (a long time Enemy both militarily and politically), wished to impede.

Many in Europe (as well as The America's – regardless if they were Slavers or Owners), had no real idea of just how Slaves were transported from Africa to North and South America. Using an Atlantic Ocean transit path (often taking several months during specific seasons), this so dubbed ''Middle Passage'' was one of the most harrowing and deadly – for a Ship's ''cargo''. In order to maintain a level of ''supply'', often a standard Slaver Ship (which supported roughly 300 tons of ''goods''), realized that ''loss'' during transit was common. This loss was predicated from poor diet and hygiene as well as disease. Rather that provide a regular space of perhaps only 150 captives, 300 even more were 'crammed'' into such Ship Holds. Often having to lay down – only inches from each other, these captives were seldom even able to raise themselves up. They ate (what they were given) as well as had no access to facilities. Such a ''trip'' would naturally cause loss of life. Hence, by carrying ''more'' – natural attrition was seen as being compensated for – by adding more numbers!

It was one of these English ''Ships'' that was inspected by Parliamentarian Sir William Dolben – while it was harbored on The Thames River. A partial supporter for the end of all Slave traffic in England, His observations of this Ship gave Him the ability to push an uproar within Government and the populace – against such cruel and inhumane treatment.

Dolben's Act to Parliament specified only a set number of Slaves could be transported and even the type of vessel that could be used (Dolben still faced a long road to outright abolish Slavery in England, but it was coming). The Royal Navy was tasked with outright enforcement. Although passed, it was still violated (regularly) by those Companies that dealt in The Trade. Spurred on by huge profits, they risked Naval intervention – often. However the 1788 Act was an important ''first step'' which led to The Slavery Abolition Act of 1833, withing The British Empire. 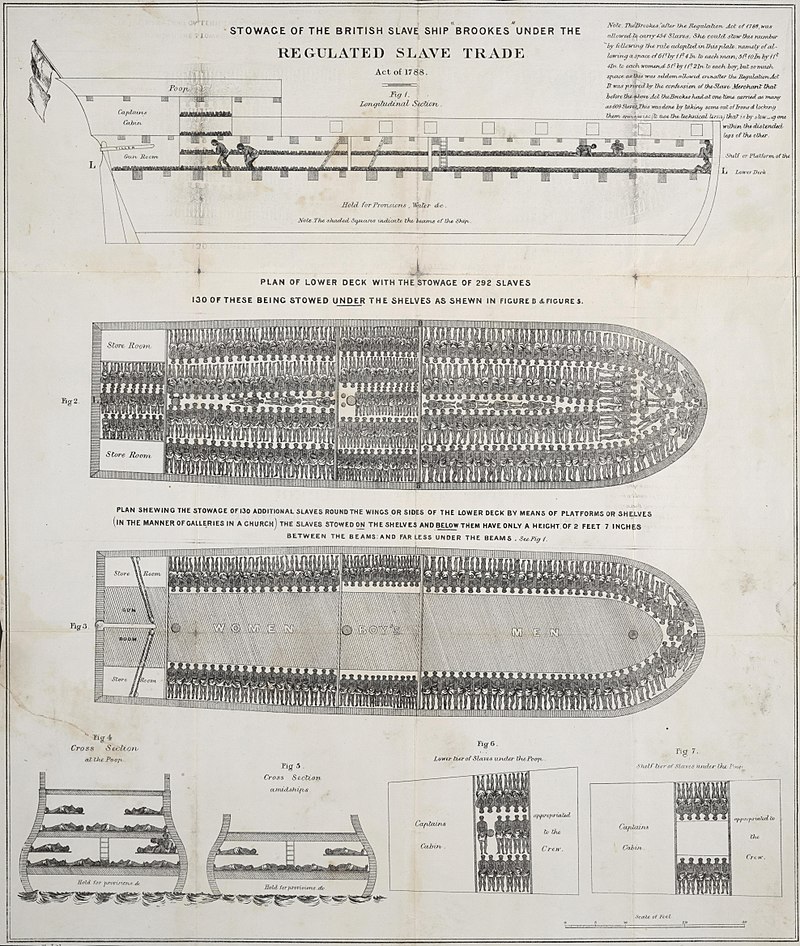