A Flying Patrol Boat and Fighter, The British manufactured Saunders-Roe SR-A1 was first introduced in 1947. Only (3) were ever built. It was the first ''Jet Powered'' Flying Boat ever created. It garnered little interest with The British Military, but was of interest to The US for a time. Versions were seen as being effective during The beginning of The Korean War of 1950-53.

Crewed by One, The Saunders-Roe was 50-feet long with a wingspan of 47-feet. It could support over 19,000-pounds of cargo weight. Powered by (2) Metropolitan-Vickers Beryl Turbojets, with each producing over 3,800-IBF Thrust. The airspeed of The Saunders-Roe was 500-mph. The aircraft, due to fuel consumption could only remain aloft for 1 hour and 48-minutes. It's operational ceiling as 48,000-feet. 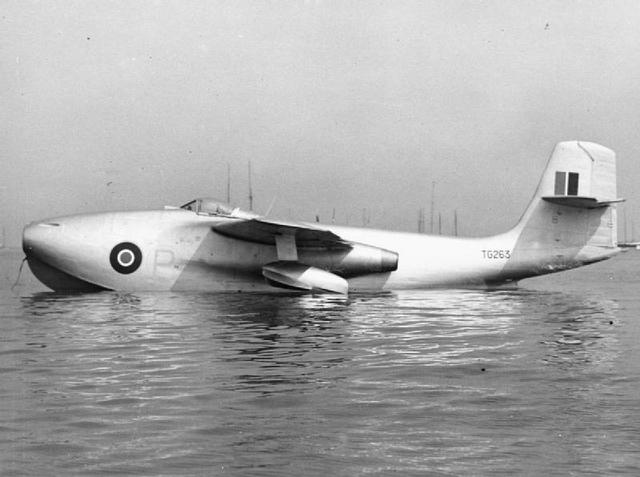