A Formation of The British Army from 1802 until 1820, The ''Royal Veteran Battalion'' was a form of Invalid Corps. As we have seen, these Units were comprised of Men who otherwise were too old or received an injury in combat that precluded them from further War Service. In The British Army, the term was seen as derisive. It was determined that some of these Men could still provide services that could free up younger and more able-bodied Soldiers for deployment.

Such Battalion maintained Depots, Prisoner Guard and Prisons, Administrative Duties, etc – provided no actual combat exposure occurred. A total of (8) Battalions of ''Veterans'' were formed. The Uniforms was essentially the same as ''Active'' British Soldiers, save their Uniform Facings (Trim) was Dark Blue. These Soldiers were paid, with continued ''time in Service'', added to what they had already earned previously. This also meant a higher Pension (later).

In some cases, Veteran Battalion were used to maintain Civil control during disturbances (both unrest in Cities and political demonstrations). They augmented Yeomanry and Law Enforcement at times. By the year 1826, all Veteran Battalions had been disbanded within The United Kingdom. 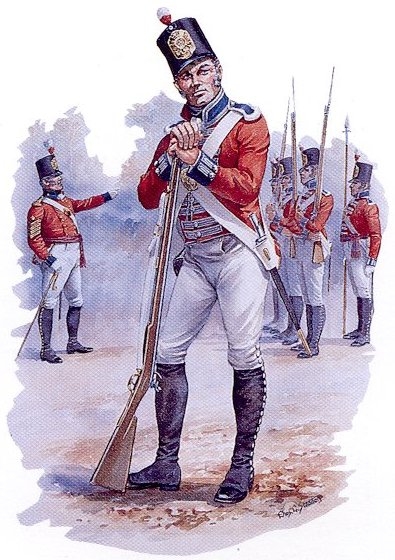