One of Great Britain's primary Air Defense Systems of World War II, The QF 3.7-inch Anti-Aircraft Gun was a Mobile (Towed) System, first deployed in 1937 with The Royal Army and Air Force. Many Colonial Forces also fielded The QF 3.7-inch AA Gun. Typically crewed by (7), The QF 3.7-inch weighed over 9,000-lbs. It's 3.7-inch Barrel was measured at 15-feet and had a 180-degree traversing range. The entire Gun could rotate (manually) 360-degrees. A well trained Gun Crew could fire 10 to 20 shells per minute. The rated maximum elevation (height) of a typical airburst was 45,000-feet of High Explosive shrapnel. (6) such Variations were produced.

The QF 3.7-inch Gun was widely deployed throughout The English Countryside and within the outskirts of most Major British Cities. The System was best known during the trying time of The Battle of Britain Air War in 1940. Normally arranged in Batteries of 6 to 8, the last of The QFs were retired in 1959. 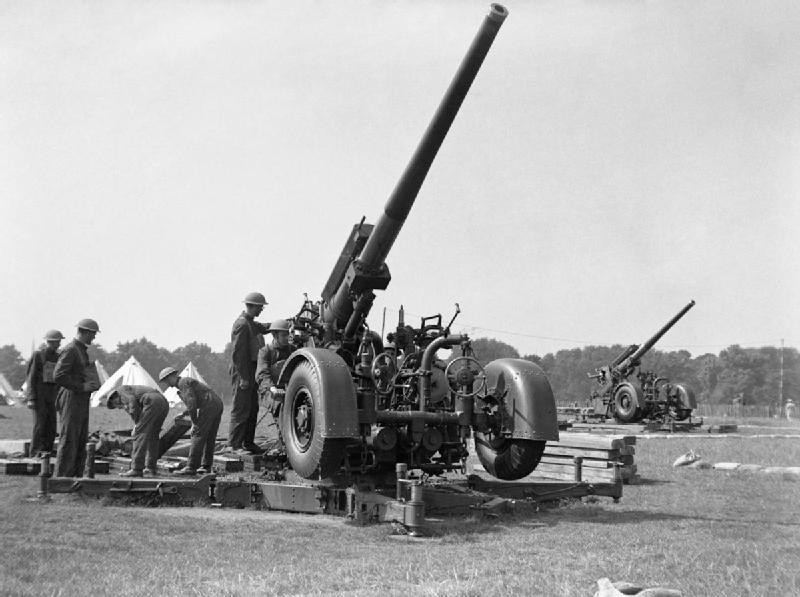