Although British edged weapons of this Blade Class were more appropriately ''Swords'', The Pattern 1899 did have a slight curve – thus qualifying it as a ''Sabre''. This Model was a Standard Cavalry issue by The Wilkinson Sword Makers of London England (contracted by The British Army).

The Pattern 1899 was used by most early British Cavalry Regiments (Enlisted and NCO) deployed to The 2nd Boer War in South Africa. As they were captured or recovered by Boer Kommando and Militia, they too used them in combat. The Pattern 1899 had a blade which was 52-inches long with a 2.5-inch width. Single edged, The Hand was protected by a ''Non-Gothic'' Basket Guard of steel. They were very plain and unadorned (as were their Scabbards). After 1901, The Pattern 1899 would be replaced, with most being re-purposed to The British Yeomanry Services (with their points blunted, or rounded). 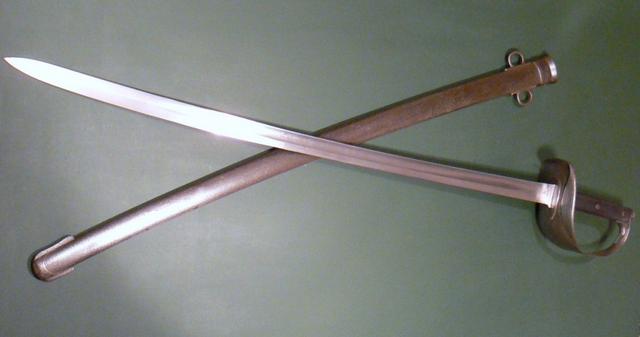