Also known as “The Mills Bomb”, the No. #5 was one of the first “true” fragmentation devices made (on par with the more “Modern” versions currently used). Developed in 1915, variants of The Mills Bomb would be made by England until 1980 (with the final classification being the “No. 36”). Originally weighing just over 1-pound, the device was fitted with either a 4 or 7 second delay fuse. Designed in what would later be called “”The Pineapple Grip” (owing to the split iron castings surrounding the device and resembling the outside of a Pineapple) – thus, grip was increased. The No. #5 had a blast radius of up to 100 yards. Using Baratol as a primary ignition system, this was a mixture of TNT and Barium Nitrate. The device also incorporated the first used of the circular pin (when pulled) to activate the explosive. The “Pin” would become an active component in hand grenade development (even today). These explosive devices are still used today as forms of IEDs in The Middle East. 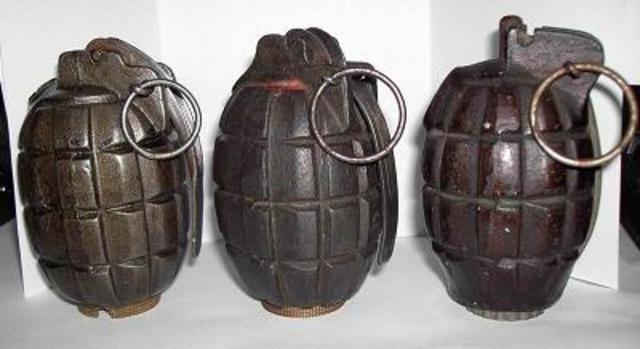