The Motorized Submersible Canoe or device nicknamed The ''Sleeping Beauty'', was a Special Operations vessel derived by Britain during World War II. Like The ''Chariot'' and ''Welman Sub'', The Canoe was designed to serve Frogmen/Commandos in covert operations. Seen in general use in 1944 against Imperial Japanese assets, The Canoe was a one-man vessel which resembled an enclosed canoe. The vessel was 12-feet long by 2.5-feet in width. They weighed just 600-pounds. Propulsion was by a 24 volt electric motor which was powered by (4) 6 volt batteries. They could achieve 6-miles per hour on surface and 4 submerged. The Canoe could range 40-miles and achieve a depth of 50-feet. The vessel could transport and deploy (9) small Limpet Mines.

In operation, The ''Sleeping Beauty'' would have to quickly surface to allow the Commando to check his bearings – upon which he would quickly submerge and continue onward. The vessel could place it;s mines against the hull of Japanese Enemy ships, destroy anti-submarine netting and deliver a trained Commando to shore. The Canoe was reusable. Examples of The ''Sleeping Beauty'' were also given to The US (OSS) during the War, although American did not develop a version for themselves. However the example was used to pioneer a Swimmer Recovery Vehicle for Sea Rescue by The US Navy in the 1950s and early 1960s. 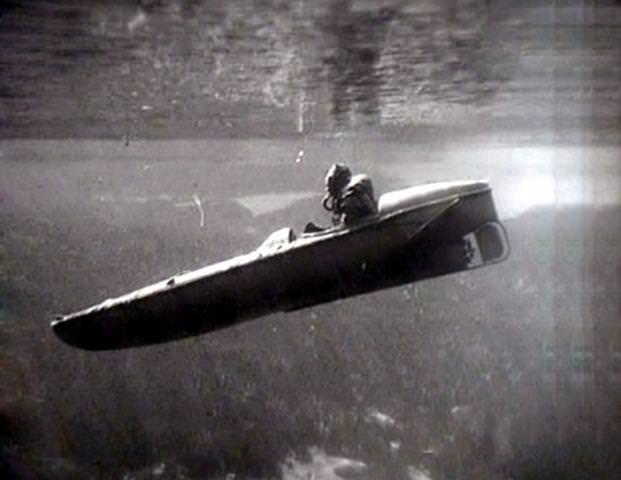