Developed in 1939, The British “Crusader” was a primary “Cruiser” Tank deployed by The British Army during World War II. They were instrumental to The British efforts during their North Africa Campaigns against The German Afrika Corps. Over 5,000 of The Tanks were produced. The Chassis of The “Crusader” was also heavily modified to support other Vehicle configurations as well. They would be replaced by The American M3 “Grant” (renamed from The ''Lee”) in 1943-44. They still were a fixture in The “Desert War” and Italy.

The Mark IV “Crusader” was 20-tons. They were 21-feet in length nearly 8-feet in height. They Crewed between 3 and 5. The “Crusader” supported a 2-Pound Main Gun and later a 6-Pounder. The also supported (2) “Besa” 57mm Mauser Machine Guns. They would remain “Training Tanks” with The British Army in the 1950s. 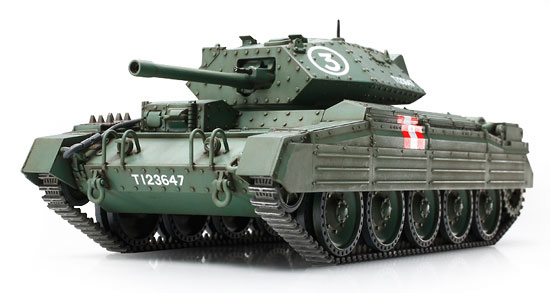