Although the 4 later Models of The Marks were identical (with most differences in performance and protection enhancements), the “Mother” of them all was The Mark I. Developed in 1915, The Mark I was built in both “Male and Female” classifications. Both were around 30 tons. The Mark I was covered in 1-inch iron plating.

Crewed by 8 men, armament was dependent on it's particular role on the battlefield. An attached “Gun Carrier” was attached, which allowed The Mark I to tow a smaller cannon or howitzer into combat (which in turn could be operated by the crew). Most often though, the carrier was used to carry supplies. The Mark I was capable of making 4 miles per hour on the battlefield. Many Allied Countries purchased later versions of The Marks for their own military services 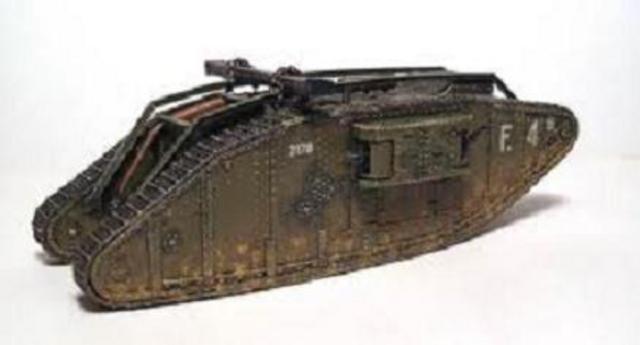