The British “Little Willie” was the prototype development of what would become the workhorse of British Armor on the battlefields of World War I – The Mark I. In this early form, (1915) – this Armored Vehicle was 17 tons. Roughly 20 feet in length (26 feet count the rear steerage wheel extension), it was also 9 feet wide by 9 feet high. The development of a crude “false” turret design was beginning to take shape in Tank development at this time. Housing 6 crewmen, this Tank was to hold a Vickers 2-pound cannon as its primary armament. Other additi0ons included Machine Guns of various calibers (later in development).

It was moved by twin Foster Daimler engines (105 horsepower). It was capable of 2 miles per hour on the battlefield. “Little Willie” was fitted with almost 2-inches of iron plating (which, no doubt was the reason for it's slow movement rate). A “Big Willie” also existed. Tested, neither Tanks performed to such a degree that The British Government choose them for full production. However, their initial design would project The Mark I Tank Project forward. Several examples have survived. 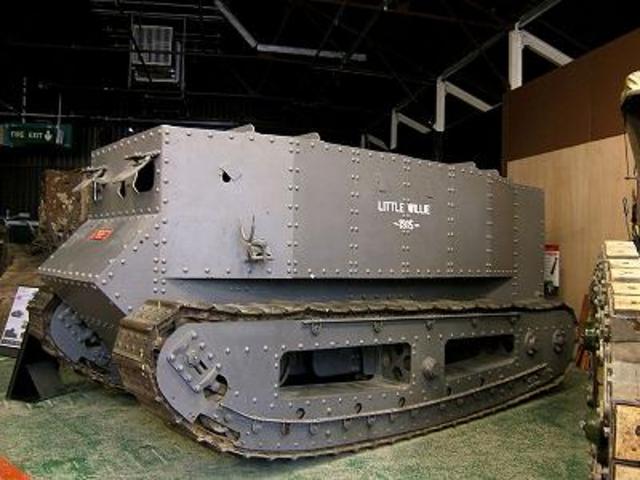