The British BAE M777 is a 155mm Ultra-Light Howitzer currently in Field Deployment with many Modern Armies of The World. The very effective Cannon weighs slightly over 9,000-lbs and is 35-feet in length (Barrel: 16-feet). Capable of being Towed by Medium and Light Wheeled Vehicles, The M777 is crewed by (8) Gunners. There are currently (3) variants to the original M777, with each ranging between 13 and 25-miles in effective range. The Cannon uses a wide variety of modern Shells, to include The ‘’Excalibur’’, which is a guided (GPS) Artillery Round. Developed and deployed since 2005, The M777 has been used in every current War since The Afghanistan Conflict (2001-2021) with The US Army and other NATO Allies. Currently (90) M777s have been given to The Ukrainian Military in Their on-going Conflict with Russia (2022). 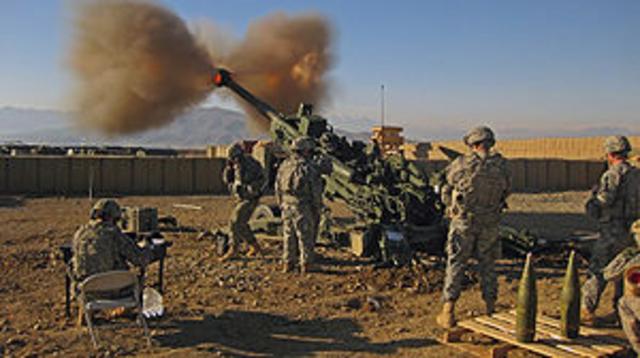