Of the American Volunteers, almost all had previous Military experience. Many had fought in the recently ended Spanish-American War (Army, Navy and Marine), while still more had backgrounds fighting with The US Cavalry on The Plains, during The Indian Wars (1870s-1880s). On Trooper, Leonard Chadwick, was a Congressional Medal of Honor Winner. His courage during and several leadership ''under fire'', would earn Him The British Distinguished Conduct Medal.

Remaining Active after The War as a Frontier Patrol and Constabulary, The Light Horse would be disbanded under British authority and raised under control of The Union of South Africa (1910, as The Johannesburg Light Horse Regiment) - Fighting for South Africa in World Wars I & II (as an Armor Regiment). They are currently identified as an Armored Car regiment within The South African Army. 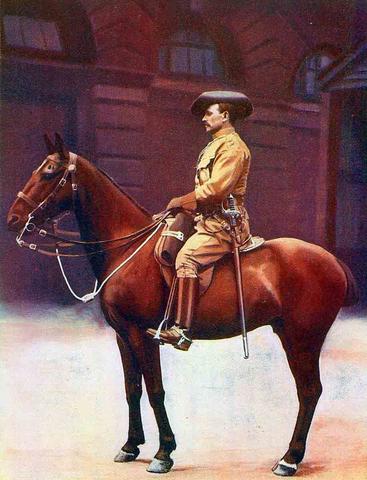