Developed by The Hawker Aircraft Company in 1934 (and first flown in 1935), The ‘’Hind’’ was seen as a “Daytime’’ Bomber. The Bomber used by The British RAF still incorporated WWI avionics, but were in the process of introducing ‘’new’’ technology. A Mono-plane Fighter with aluminum skin, The Hind saw several variants which made their way into other National Air Force deployments. Amazingly, the last operational Hind was flown by The Afghanistan Air Force in 1957.
Crewed by (2), The Hind was 30-feet long with wingspans of 40-feet. The Aircraft was powered by (1) Rolls Royce Kestrel Water cooled V12 Engine. The Hind could achieve 185-mph.

With some use by The Royal Navy as well, The Hind was armed with (1) Vickers .303 Machine Gun which was Forward mounted and Pilot operated. A second .303 was swivel mounted to the Rear of the Cockpit, which could be operated by a Gunner. The Hind could deploy over 500-pounds of Bombs. Many were used as Trainers, with many restored versions still flying as part of World War II Flying Groups (Air Shows) and related. 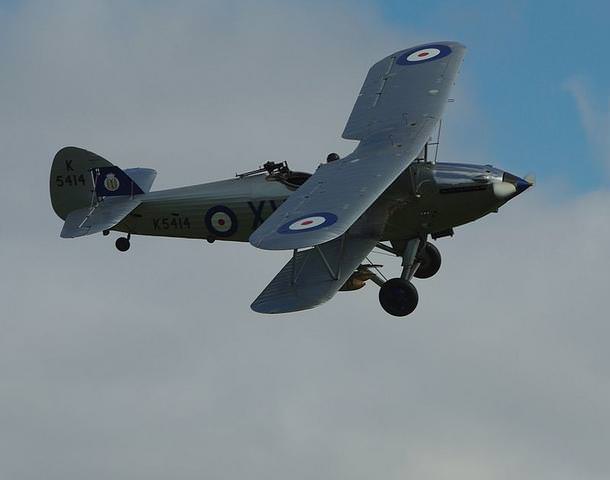