The ''HANDEL'' System was a Cold War Alert Protocol in place from 1962 until 1992. It involved (2) System Components. The Primary was The HANDEL 1A System which was kept at The United Kingdom Warning and Monitoring Headquarters at Oxford. The other component of The HANDEL were known as WB1400 Sets. These were posted at various Regional Police Stations throughout England.

The System worked in relation to the telephone systems (tested regularly for operational use). The System relied on transmitting various signals (4), to alert local populace as to ''what'' was detected. The HANDEL System was seen as a warning device to a Nuclear War that WAS pending and NOT a preparedness alert.

Using a simple color coding identifier, the first Alert given was ''ATTACK WARNING RED''. Once activated, local Air Raid Sirens would sound. In addition, all local Radio and Television Stations would switch to The RED Alert. This meant that a Nuclear Attack against Great Britain WAS Pending. The next Color Alert was ''FALLOUT BLACK” (with the name of The City to be affected). In other terms, either a Nuclear Blast had detonated and radioactive fallout was present (or heading to) a specific target.

The third Alert was ''FALLOUT GREY”. Similar to BLACK, GREY signified that radioactive fallout danger was increased to farther Towns and Cities. GREY allowed for more warning and reaction time. The last Signal was ''ATTACK WARNING WHITE”. This signified that the ''attack'' was over. With increasing detection technology (computers) and other Media, coupled with the then ''fall'' of The Soviet Union in 1992, The HANDEL System was decommissioned. 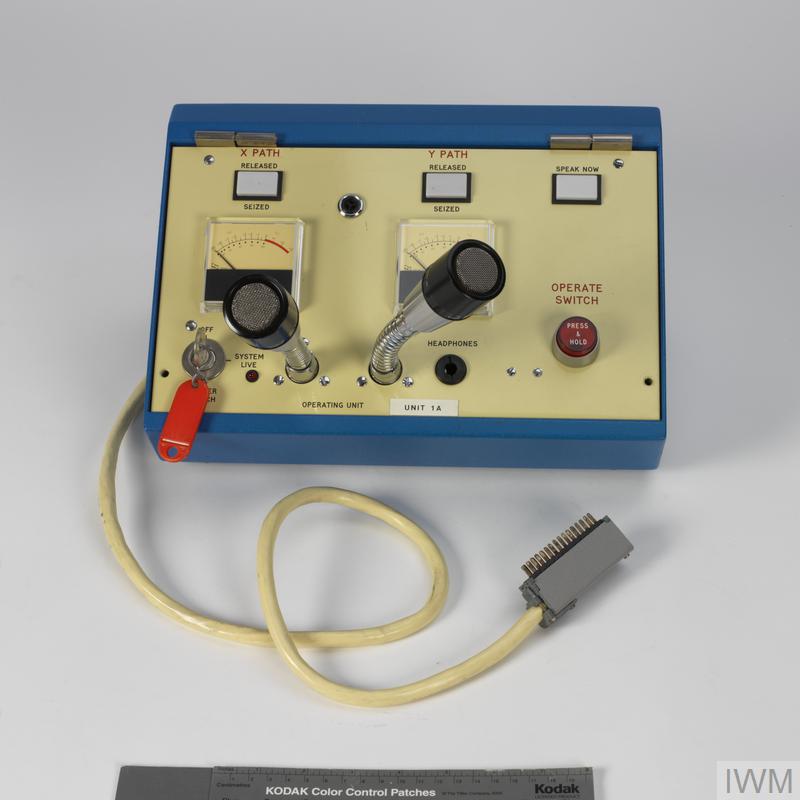