The British Gloster Gladiator was an Inter-War Period, Bi-Wing Fighter, first introduced in 1934, with complete deployment by 1937. Although a Multi-winged Aircraft, The Gloster Gladiator was an effective Light Fighter that would still remain in British Inventory during World War II. Most European Allied Air Forces used The Gladiator Fighter throughout The War as a Close Ground Support Aircraft. Although obviously outgunned and over powered by The German Messerschmitt, The Gladiator was one of the few Bi-Winged Fighters that scored several Kills off this type of Enemy Aircraft (although Germany claimed these were mechanical malfunctions or Pilot error and NOT the result of The Gladiator). Over (800) Gladiators were produced. These were singled seaters, which were 30-feet long with multiple wings of 37-feet. The Gladiator was powered by a single Bristol Mercury Radial Engine capable of 800-HP. It's rated airspeed was 250-mph with an operational ceiling of 32,800-feet (quite impressive for a Bi-Wing Fighter).

Armament varied with Country, The principle British version supported Twin Vickers .303 Machine Guns (Forward Mounted on each under wing). Later this package was increased to (4). While traditionally, The Gladiator was Not designed for Bombing some were modified to support up to (4) 25-pound munitions. Many Gladiators have survived with some flying Models still in use. The last combat deployment was with The Portuguese Air Force in 1952. 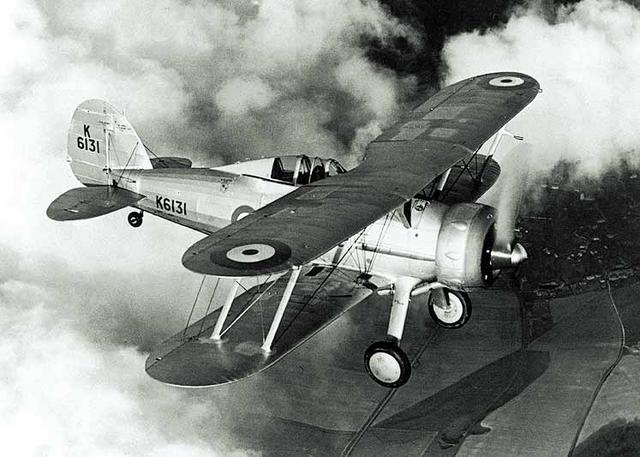