Developed in 1916 by British Army Officer and Metalurgist Herbert Garland, the 65mm Garland was designed for protracted Trench Warfare, as experienced during World War I. He based his very simple design on the Coehorn Family of early Field Mortars used in Europe in the 17th and 18th Centuries. A very basic 65mm iron tube served as the primary barrel of the Mortar. Side support iron plates and stabilizing bars served as a type of "wheel less" carriage. The Gardner was extremely heavy at 400-pounds. The Mortar was designed to use the previously discussed "Jam Tin" improvised explosive devices. These metal cans were filled with explosive powder and fragmentation pieces such as coins, jagged waste metal, nails etc.

The Tins featured a longer timed ignition fuse and were attached to a long wooden handle. When ignited, the would be placed in the barrel of the Garland. The tube had a secondary powder charge plate which launched the Tins up to 400-yards. "Shells" were tracked during daytime operations by way a burlap "Kite Tails" attached to the Projectile. During night use, the "sparks" emitted from the Tin, were used similarly. A common problem with The Garland was of course, it's weight. The Mortar was fixed, without any type of traversing mechanisms. Because of this limitation, redirecting fire at another angle required the Mortar to be "blocked" (wooden blocks of varying sizes placed underneath). This operation naturally required "brute strength" to place the blocks. 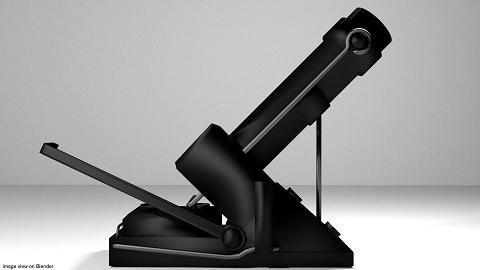