Associated with the related word ''Defencible'', Fencible Regiments were ''temporary'' Infantry Units, drawn from local sources and commanded by a Regular serving British Officer. They were akin to The American Militia System, and were in use primarily during The French Revolutionary Wars, Napoleonic wars and later – The War of 1812. These were augmented Forces when recruitment in The Regular Army was low. Mostly non-combat Forces, Fencibles were used to garrison forts and for light patrol and guard duties. This allowed better trained and equipped Forces to be used elsewhere. The British Navy at the time also used a form of Naval Fencibles – and deployed them to patrol Rivers and Coastlines, also to free up Naval Warships and Personnel for combat duties.

First experimented with in Scotland around 1759, these early Fencible Regiments saw limited action against The Irish (then in rebellion). Many were somewhat ''unruly'' and ''hard to discipline''. Some were well noted for their discipline and courage. In many cases, Fencibles were drawn from Colonial sources, as was seen in The Caribbean and later in America (as Loyalist Forces in The Revolutionary War). With the later the formation of a standard British Reserve and Volunteer Force after the 1860s, the need for The Fencible Regiments were ceased and those still in existence disbanded. 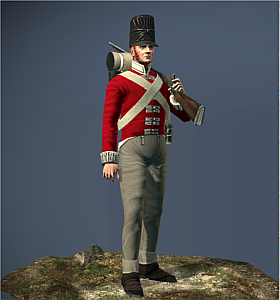