Developed in 1954, The English Electric Aircraft Company ''Electric'' Interceptor Fighter was a 2nd Generation Fighter Class. It was built to protect British Mainland RAF Bomber Command Bases from Soviet Long Range Bombers during The Cold War. The Electric Interceptor featured an innovative design which incorporated it's Turbo Jets into the fuselage of the aircraft, rather than it's wings. Having the need to intercept Soviet Bombers quickly, caused The Lighting to burn fuel much faster than conventional Fighters, and as such – had a limited Mission range. Despite this, The Lighting was a reliable Cold War Fighter, The Electric would remain in RAF inventories until 1988 The Middle Eastern Nations of Saudi Arabia and Kuwait both used imported Electric Fighters as a backbone Fighter in their Air Forces.

Flown by (1) Pilot, The Electric was 55-feet in length with a wingspan of 35-feet (swept wing configuration). It was powered by Twin Rolls Royce Avon 301 (afterburning) Turbo Jets – producing over 12,00 IBF Thrust. An operational ceiling of 36,000-feet, The Electric could achieve an airspeed of 1,300-mph (Mach 2). As previously stated, The Interceptor had a relatively short operational range of 730-mph. Armament packages included (2) 30mm Auto-Cannon and deployment for either twin Firestreak AA Missiles or Siddeley Red Top AA Missiles. The Electric was not designed for Nuclear capabilities. 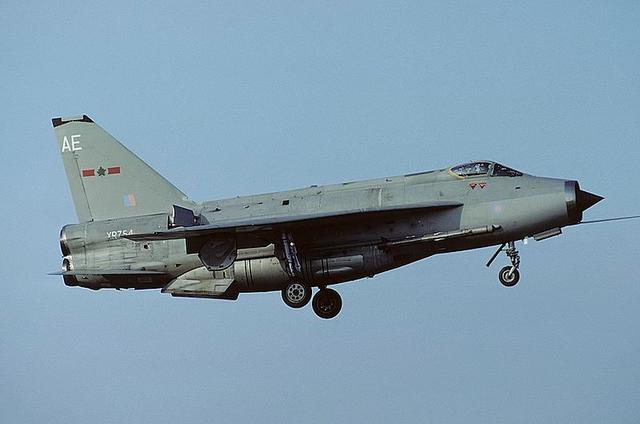