One of the first Rifles specifically manufactured for use by Commando or Covert Forces, The short lived British De Lisle Carbine was first designed by noted in 1941, but was not deployed until 1942.  The De Lisle was unique on that it featured a built in flash suppressor and sound suppression device  (or more commonly referred to as a "Silencer"). The De Lisle was 41-inches long and weighed 11-pounds. Capable of firing 500-rounds before cleaning or maintenance, it was originally chambered for the .22 Caliber round. In 1943, this was changed to the .45 Caliber. Effective up to 400-yards, The.De Lisle was considered too expensive to produce (it was for the most part, "hand made". Only 200 were produced during World War II. 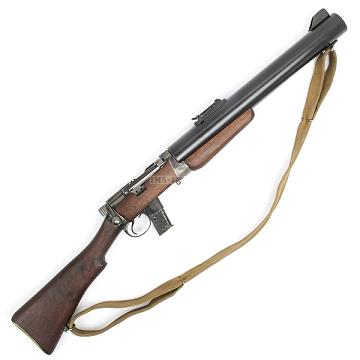