Although by appearance, The British Mark I & II "Manned" Torpedo  (called "The Chariot", resembled a type of "Suicide" weapon. In truth, it was far from this idea. It's design was taken from a similar designed used by The Italians and their Commando Services. The Chariot was a controllable "mini"Submersible able to carry (and be controlled by) either 1 or 2 men. Controlled very much as a Torpedo in terms of a propeller turned Shaft, The Chariot was used by British "Frogmen" Commandos. One or two "Drivers" would straddle the weapon, submerging with Self Contained Underwater Breathing Apparatus  (SCUBA).

In deployment, The Chariot would exploit an Enemy Harbor Entrance. Once inside, they could silently place a magnetic bomb (known as a "Limpet") - against the hull of the Target Ship. A timed fuse gave The Chariot crew time to escape. The Chariots were not all that effective.By 1944, only 1 "success" was recorded. Two Chariots such several Japanese Merchant Ships, in Thailand. Although the Project was halted, the theory of using a similar underwater covert/overt device would continue. 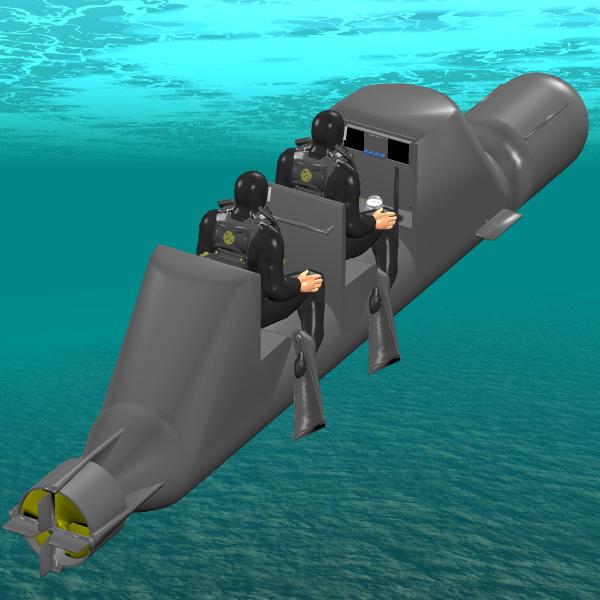