The British Blackburn ''Beverley'' Cargo and Transport Airplane was a Heavy Cargo Craft used extensively by The Royal Air Force from 1955 until 1967. (50) were produced and deployed with (5) variants known. They were used mostly in Disaster Relief Missions, with known deployed into active combat. The Blackburn ''Beverley'' was seen as a ''workhorse'' of Cargo Transport Missions. It was also pressed into service as an airborne platform for Paratrooper deployments. 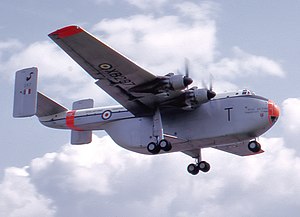