The British Blackburn B-48 Strike Fighter, was a prototype Fighter developed for use during the final years of World War II. However, with the War ending in 1945, Production was slowed. The advent of ''future'' Jet Fighters and related – would eventually regulate The B-48 into oblivion. Only (3) known production models were made. Based on several prior ''troubled'' Models, The B-48 was envisioned as a quick response Fighter to counter both German Bombing and V-2 Rocket Attacks. Crewed by (1), The B-48 was 40-feet in length with a wingspan of 44-feet. Power was provided by a single Bristol Centaurus 18-cylinder Engine, which could produce 2,800-HP. Rated airspeed was 380-mph. The operational ceiling for The B-48 was 31,000-ft. Armament included (2) Browning .50 Caliber Wi8ng Machine Guns and the capabilities to support either (8) Air to Air (or Ground) Rocket Packages or 500-lbs. of Ordnance. 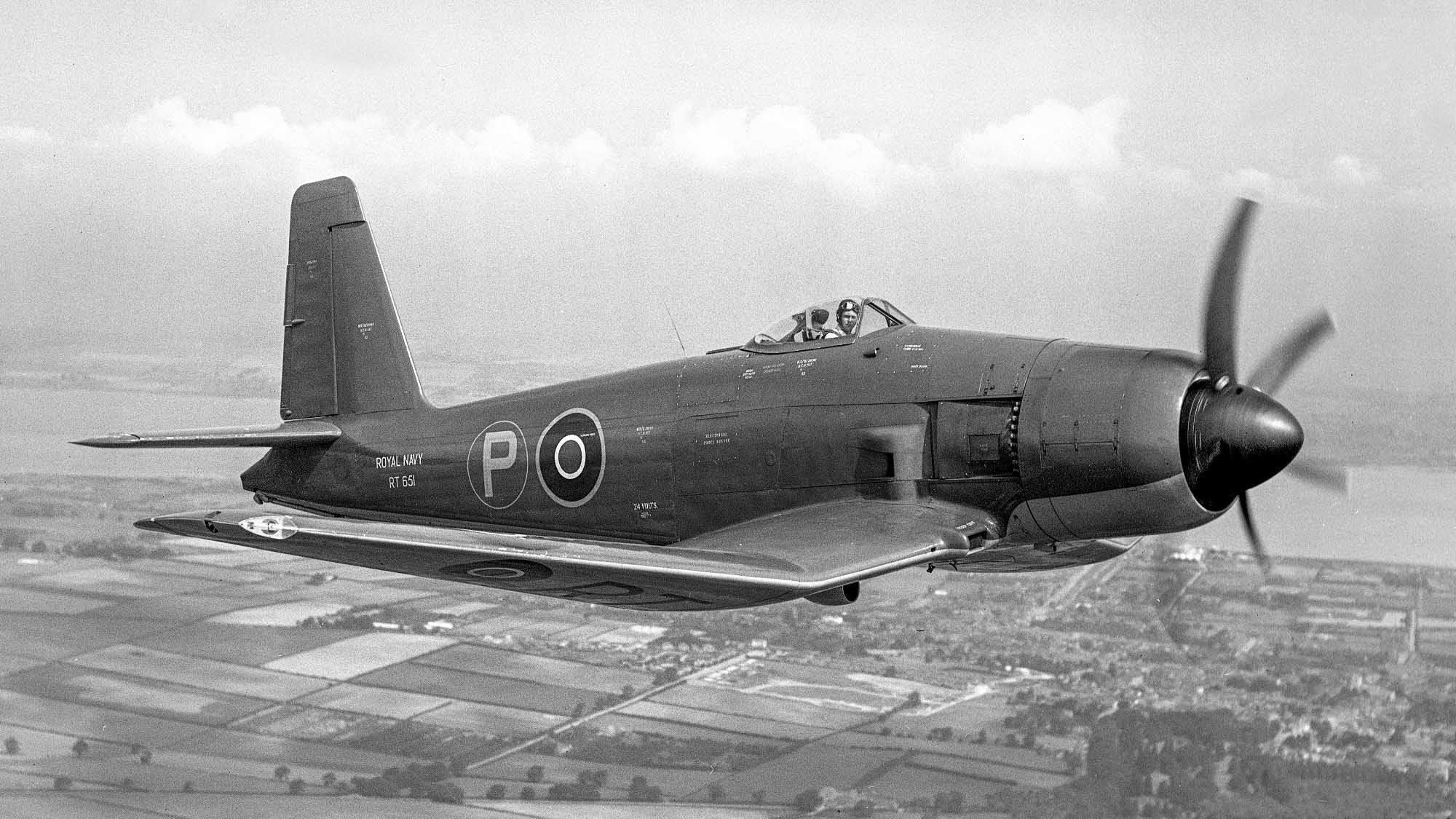