Many Fighter designs were pioneered in World War II for use by The British Military, that were produced to counter the increasing German quality of counter Planes. Many of these Fighters suffered both cancellation and low production when the War was over – due to changes in military technology (namely Jet aircraft experimentation and production). As such, The Blackburn B-48 ''Firecrest'' saw only (3) such Production Models. They were designed to augment Carrier based Operations with The Royal Navy.

Envisioned as a Strike Fighter, The B-48 was piloted by (1). They were 40-feet long with a wingspan of 45-feet. Power was provided by a single Bristol Centaurus 18-cylinder Engine, capable of over 2,800-HP. Airspeed was rated at 380-mph. The B-48 had an operational ceiling of 30,500-ft. Armament included (2) .50 Caliber Machine Guns or a package of Rocket, Torpedo and Bomb deployments. The last surviving B-48 was destroyed in 1952. 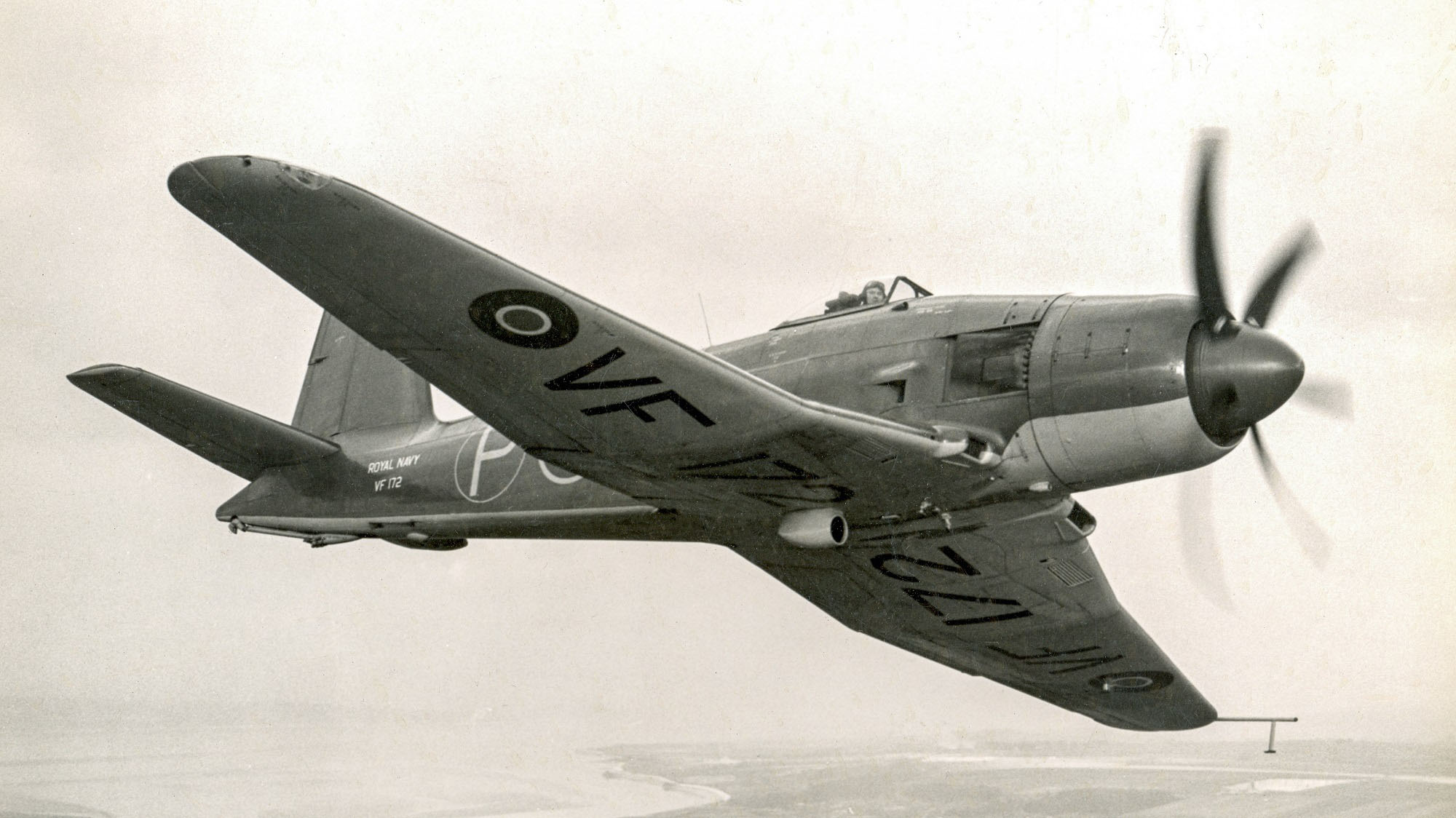