Used by The British Army on the battlefields of World War I, The BL 8-Inch Howitzer was considered a ''Siege'' weapon. Unlike earlier Siege version, The Mark VI Version was mounted on a heavy wheeled gun carriage. They were produced by The Vickers Company beginning in 1915. Over 700 were delivered. The Howitzer weighed 8-tons. Capable of a 4-degree traverse (left to right), Barrel elevation ranged from 4 to 50-degrees. The Mark VI could fire a 200-lb. HE Shell to a maximum range of 12,000-yards. The Howitzer was crewed by (8). The Gun was driven (towed) to location by a variety of Artillery Tractors. The Howitzer was a mainstay at the epic Battle of Ypres (Belgium, 1917). The Mark VI and it's variations- were still deployed (mostly in France) at the start of World War II. They were seen as obsolete by 1943 (although some were found in use by Imperial Japanese Forces on several Pacific Islands). Many still exist in Museum in Europe. 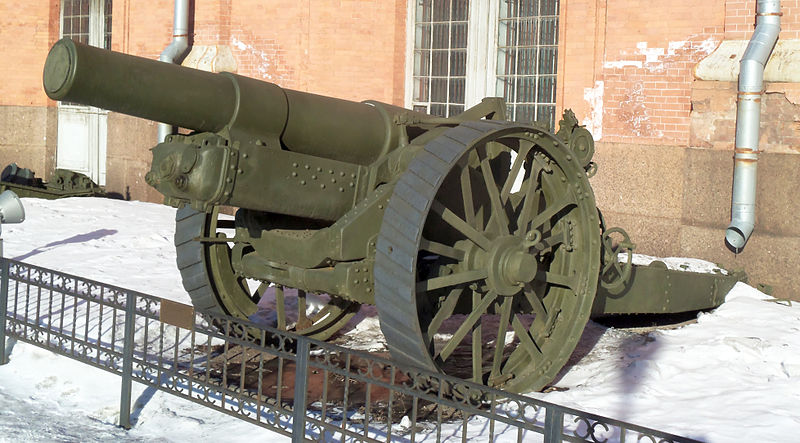