The 6th Generation joint British & Italian ''Tempest'' Jet Fighter, is a proposed future Air Platform which will deploy both Stealth and Directed Energy Weapon Systems. The Fighter will eventually replace current 5th Generation Fighters in both The British Royal Air Force and that of Italy's. In keeping with friendly Nations developing Hypersonic Weapons, The ''Tempest'' will also serve as a deployment platform for these forms of weapons in the future. With most specifications top secret and in development, little of The ''Tempest'' is known. A mock Fighter was displayed in 2019 in England. Completed production and deployment is slated for 2025. 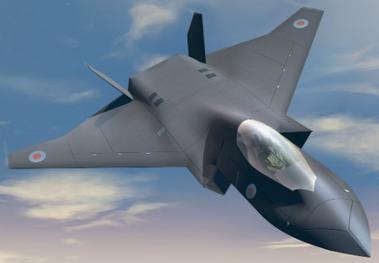