The British AS-90 is a 155mm, Self-Propelled Gun, is a (still) staple) of The British Army Artillery System. The AS-90 was developed at the end of he Cold War Era and can still be found in both British and Allied inventories. Only 200 were produced. The AS-90 crews (5), and is supported by 0.66-inches of armor plating throughout. A dual-tracked Vehicle, power is provided by a V8 Engine, capable of 630-HP, or up to 33-mph on open flat terrain. It's Main Gun, capable of ranged up to 5,000-yards, supports a wide variety of Ammunition. Normally supported by either one or two 7.62mm Machine Guns (NATO), The AS-90 is still a vital Infantry Support weapon even today. 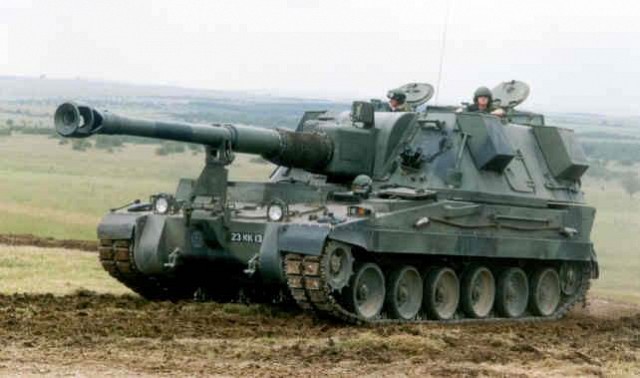