Only (9) unique ''Quad-Winged'' (4) British Armstrong-Whitworth F.K. 10 Fighters were produced in 1916. The ''4 Winged'' Fighter was seen as a counter to the superior German Tri-Plane Fighters in term of mobility. But the design took time to built, and with the faster Sopwith Tri-Plane being ready for World War I faster, The F.K.10 was delivered to The British Military – but never used in Combat. The Quad Plane crewed (2) and was 24-feet long. The wingspan was (1) Clerget 9-Cylinder Rotary Engine, capable of producing 130-HP. Rated airspeed was 84-mph with an operational ceiling of 10,000-feet. Armament installed was (2) .303 Machine Guns (Vickers and Lewis). 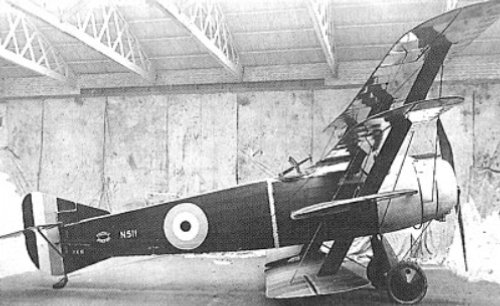