A related Class of British Tank to The ''Churchill'' – The A-43 ''Black Prince'' was first designed in 1943, for The British War Effort during World War II. Only (6) Prototypes were created. A larger and wider Hull than normally developed by Britain, The A-43 was set to go into primary production until The US Sherman ''Firefly'' was delivered as part of The US ''Lend-Lease'' Program. Saving money, The ''Black Prince'' Project was canceled. The prototypes were stored and were kept for Home Guard usage (in the event of a land invasion by German). They were never used in combat.

Weighing 50-tons, The A-34 was 30-feet in length with a width of 12-feet. Dual Tracked, The A-34 used a Bedford Type 120 12-cylinder Diesel Engine, capable of producing 350-HP. Rated speed on open terrain was set at 10-mph. They were to be crewed by (5). Armor plating ranged from 1.5 to 6-inches throughout. Armament included the 76mm Main Gun (with a 1-mile maximum effective range). The ''Black Prince'' was also supported by Twin 7.92mm Besa Machine Guns. 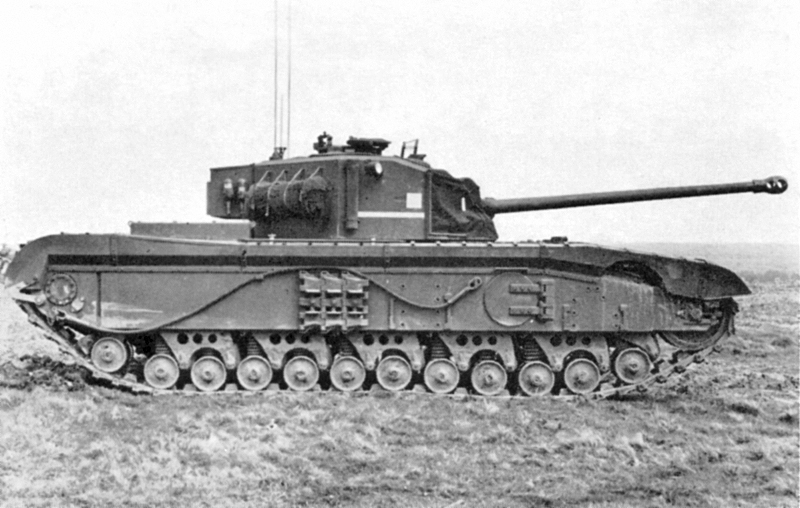