Raised in 1793, this Irish Regiment was a Unit of The British Army. They where excellent and tenacious "shock troops", but were renowned for their total lack of military discipline. They earned their nickname "The Devil's Own", when serving with The Duke of Wellington - during The Peninsular War, when they formed a bayonet charge against enemy positions (without orders). The Regiment used the traditional infantry weapons of the period. They also used the traditional Scarlet uniform coat (with white trousers). After Spain, they fought in many battles in The Middle East, Egypt and Africa. The served in World War I (including Gallipoli). With the forming of The Free Irish State in 1922, The 88th was disbanded (as were other Irish-British Units at the time). 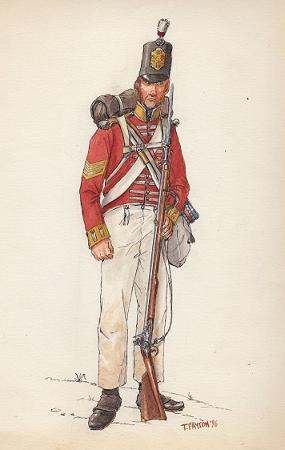