Raised for service in The British Royal Army in 1756, The 65th Regiment of Foot was deployed into British New World (Caribbean) interests during The Seven Years War. Stationed in The West Indies, The Regiment would also participate in The Invasion of Cuba (1762). The 65th suffered from a high lose not from The Spanish or French Forces – but from Malaria. The issue became so bad that The 65th was sent back to England to be replenished. Sent back To The America's, this time to participate in The American Revolutionary War, The 65th stood Rank with other British Line Regiments, during their assault up Bunker Hill (Boston, 1775). So terrific a defense, that the 65th lost 125 Officers and Men of their 225 present before their charge. Their mauling caused The 65th to be merged into other Units to form The 2nd Yorkshire Regiment (1776).

In 1788 The Regiment was deployed to fight The French in The Anglo-French War (a short fought conflict seen as a result of France supporting the former British Colonies). The Regiment fought mostly in The West Indies. The Regiment served The Napoleonic Wars in South Africa, protecting British interests there. They stayed deployed in South Africa until 1822, before returning to England. However, for the remainder of the 19th Century, The Regiment would ''bounce'' between foreign duties in The West Indies and Africa. The one noted exception was their short deployment to New Zealand (against The Maori) in 1860. Reforms in The British Army in 1881, found The Regiment again merged with their name changed to The York and Lancaster Regiment. 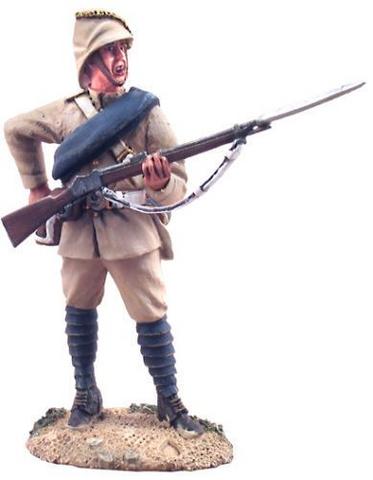