A Foreign Volunteer Military Formation raised by The British Army, for service in The Napoleonic Wars, The 1st Greek Light Infantry was mustered into service in 1810. Greece at the time was under Ottoman (Turk) Rule. The Ottoman Empire had forged various alliances with Napoleonic France. Not all Greek Citizens did not subscribe to support of France (let alone The Ottomans). When Britain took control of The Ionian Islands, it found 2,000 Volunteer Militia ripe to join Forces against The French. Soon another 2,000 Greek Men flocked to The Ionian Militia (from both The Mainland and Albania.

While most of The Greek Regiment was left on The Ionian Islands for defense, over 1,000 were removed and sent to Europe as The 1st Greek Light Infantry. Under command of British Officers, The 1st Greek fought mostly in Italy and surrounding Regions. The were used mostly as assault and coastal landing Forces by The British. The Regiment would be disbanded in 1814 (with Honor).

The 1st Greek wore a rather unusual Uniform. A form of Red Tunic (similar to a Shako Coat), trimmed in Yellow, was the standard issue. The Foustanella, a form of traditional Greek and Regional Male ''Skirt'' (in White or Buff), was the common. Various stocking style and footwear were used. While Berets and Fez's (borrowed from The Turks), were used, some adopted a form of Caterpiller Style Helmet (particularly used by the small number of Horse that were formed). 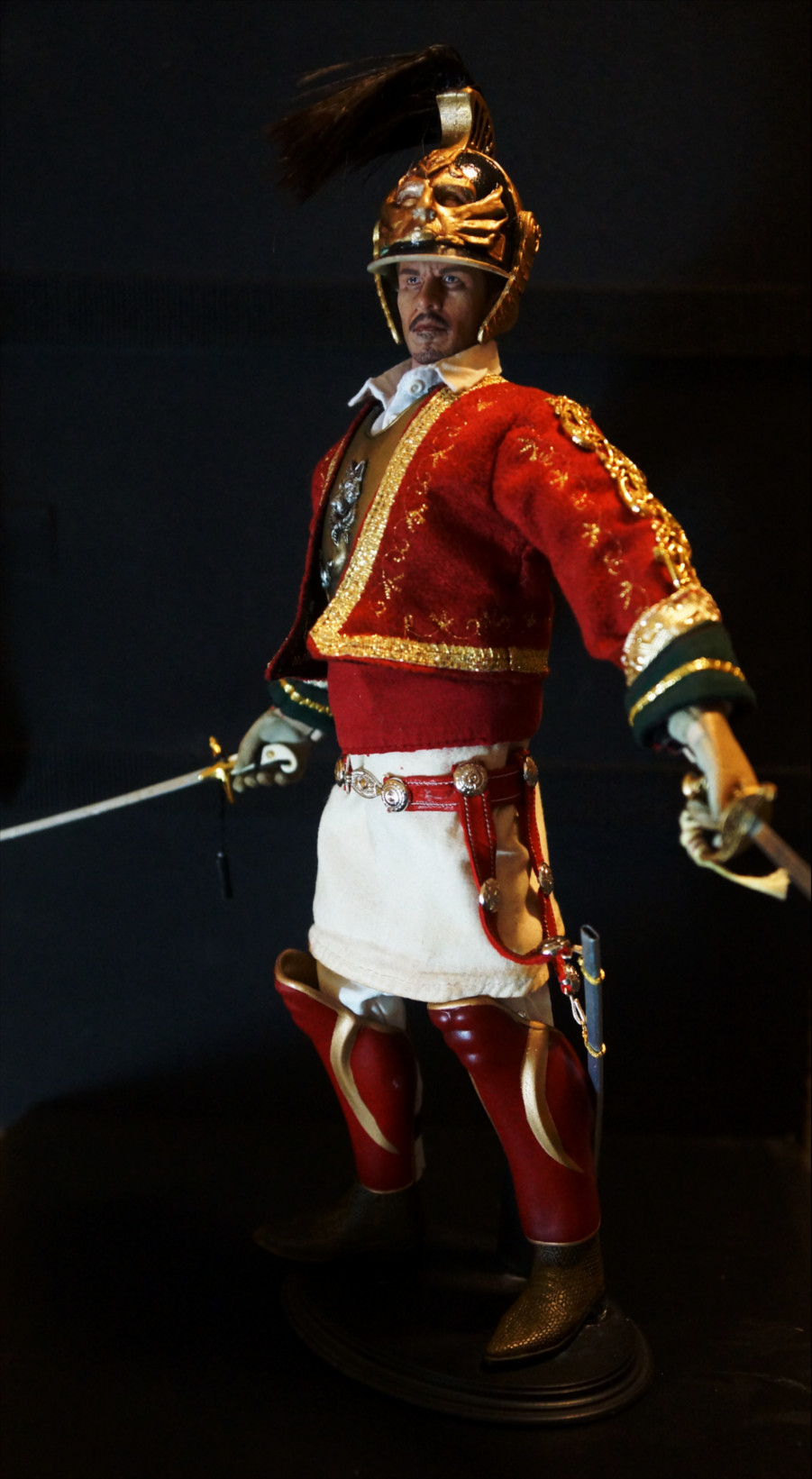