Raised in 1685, The British Royal Army 12th Regiment of Foot (Infantry), fought in almost every major War of The British Nation, for nearly 300 years of Service. Originally commanded by The Duke of Norfolk, The Regiment was formed from Conscripts living in The Norfolk and Suffolk Counties. They were composed of (2) Regiments of Infantry and numbered around 800 Officers and Men. The Regiment first fought in The ''Glorious Revolution'' of 1688 (which pitted internal factions of England Wales, Scotland and Ireland – tacitly supported by The Dutch). The end result of The Revolution would establish the formation of The United Kingdom of Great Britain.

The 12th would support Pro-British Irish Forces (''Orangemen''), at The Battle of The Boyne (Ireland). This would establish a Pro-British and Anti-Catholic Government in what would become Northern Ireland, even to this day. The Regiment would go on later to serve with distinction during The Seven Years War (1756-1783). While many Units were deployed to North America (in which The War was known as The French and Indian War) – The 12th Regiment remained on European battlefields. Later, during The Napoleonic Wars of the late 18th and early 19th Century, The 12th was deployed to The Caribbean to assist in Garrisoning captured French land (Colony) interests. The would return to England after The War. They would remain in Suffolk County until the 1850s, when they were deployed to Australia. They were a vital military component during The Eureka Rebellion of 1854 (putting down The Miner Revolt).

Due to the major ''Childer Reform'' of the 1880s, The Regiment was streamlined into a ''Light Militia'' Force, and deployed to South Africa for The Boer Wars. At The Battle of Colesberg in 1900, The Regiment suffered 30% casualties against The Boer Kommandos (defending a fortified position from The Hill). The Regiment was reformed and by World War I, had been stationed in Southwest Asia on Garrison duties. The Regiment was well known as a ''highly disciplined'' and ''well commanded'' one, which boasted some of the ''best'' Marksmen in Colonial Service. They would be recalled into World War I service, where, deployed to The Battle of Ypres (1915), The 12th suffered over 400 Officers and Men killed and wounded. They would still be reconstituted well enough to fight at Le Cateau (France), where – for over an 8-hour period, The 12th held their position against several German Infantry assaults. The 12th was nearly decimated as a result. Over 1,000 Officers and men would be killed as a result of both engagements. They would be combined with several other hard suffered Regiments and would be sent to The Middle East. They did fight again at The Battle of Gaza (1917).

The Regiment would later be sent to India (after The War), on Garrison duty. With the start of World War II, The Suffolk Regiment would be part of the overall evacuation of Dunkirk (France), when German Forces overtook that Country. The Regiment was selected for in-depth training in what would eventually become The Normandy Invasion (Europe). They landed with Allied Forces and assaulted The German positions known as ''Hillman Fortress''. 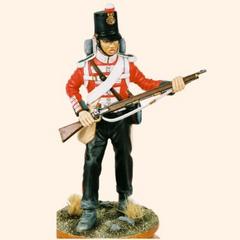