A revolutionary design in Protective Armor, The Brigantine “Mitten” was seen around the 15th Century. In design, they were similar to Armored Gauntlets – in that they protected the hand from bladed attacks. However, they served a more functional purpose as well. As with most weapons of The Era, the need for dexterity was soon noted. Armored Gauntlets often made holding a weapon difficult (especially when engaged in combat dealing with repeated blows and sweat making holding on to a weapon difficult). The Brigantine Mitten could be partially closed for maximum protection, or opened fully to accommodate full range of motion with regards to use of fingers and wrist. In essence, it provided a steel “cone” into which the hand could move freely.

Hinging allowed for operation in opening an closing of The “Mitten”. The Armor component (which could be fitted with The Brigantine Coat, Vambrace or related forearm protection), was found to be extremely effective for Archers and Spearmen as well. The “Mitten” (so named for it's resemblance to the hand covering), was popular in Italy and Spain, with it's gradual adoption in France and England towards the Late Middle Ages). 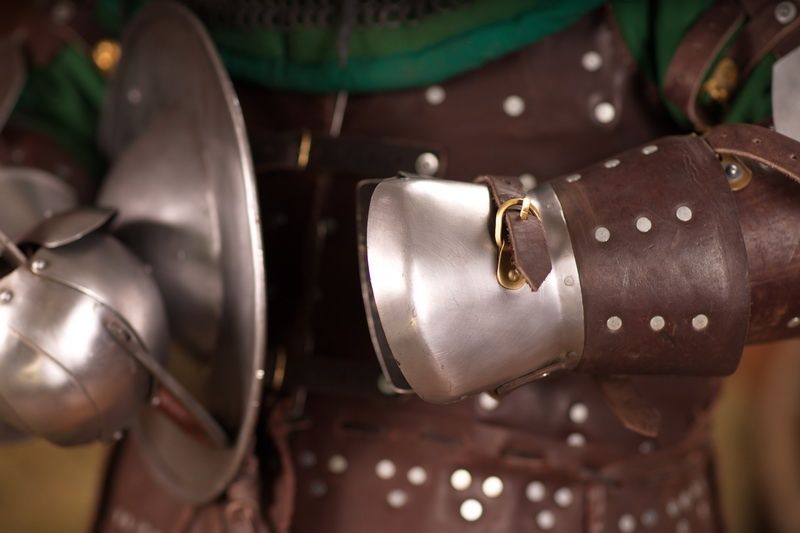