As we have seen with the History of Pirates, they are as “old” as Man’s first foray into The Seas. But they were not the only “criminal element” in existence. The “Land” equivalent to The Pirate, was The Brigand. Brigandage is known by many other names that developed over the Centuries  (and many Regions). The name developed between The Old French (11th Century), Early (15th Century) Italian/Renaissance Era. The common word “Bandit” is derived from Brigand.

As we have seen with Irregular Infantry, these were Conscripted Civilians who fought with an Army (for payment promise of plunder and pillage). Normally exceptional Hunters, with applied “Military Training”, these Men became quite lethal. With time, Militaries stopped their use of Irregular Forces, with many laying down their Arms. Others however, did not. Finding it more lucrative to rob and steal (much like their Sea-Born Cousins) – they formed “Gangs”. Brigands concentrated on remote travel routes frequented by various forms of developing transportation. Their goal was initially not to kill, simply interdict and take. Many however, “crossed the line” – as a matter of increasing their “reputation”.

The legendary  (and quite fictional) Robin Hood was a type of Brigand. Often, Brigands gained a following (especially among Commoners) – as “Anti-Heroes”. In Australia, they were known as “The Bushrangers”. In The American West, the were “renown” as Stagecoach and Train Robbers. To some degree, Brigands did not pass into History. Some draw comparison to Modern Organized Street Gangs as the “inherent survivor” of The Brigand. 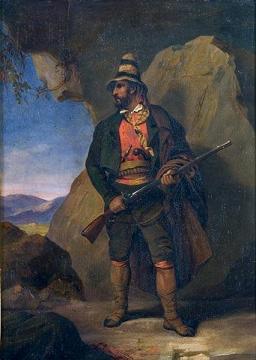