As we have seen with The Ship Classification of Brig (Brigantine), another Class of such was built in the 18th Century known as a ''Brig of War''. In reality, the modification was of United States invention. This was done to accommodate the fact that the larger traditional Warships were much to expensive to build, and Brigs were smaller and somewhat cheaper. The primary difference between a War Brig and traditional design was that it's Hull was better reinforced by several layers (platforms) of heavy wood, sometimes with iron bars crossing at points inside the Hull for support and integrity. Still a Twin Masted Ship, War Brigs were often heavily armed. However, traditional heavy cannon common with larger Ships could not be supported. Typically, 18 to 22-pounder ranges were common. Typically around 170-feet in length, 400-tons displaced was normal for War Brigs. They could support up to 165 Officers and Men. Most such Fighting Vessels were found along The Coasts, but many were deployed to Ocean assignments as well. 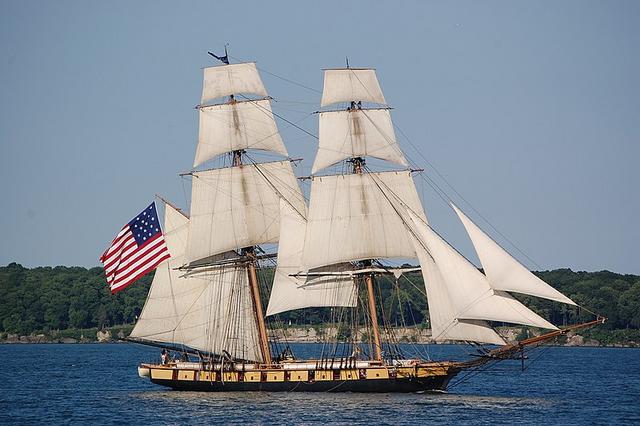