The EE-9 ''Cascavel'' is a currently deployed armored fighting vehicle used by The Brazilian Army. First deployed in 1974, The EE-9 has been involved in many Conflicts – having proven it's abilities time and time again. The vehicle is a popular exported vehicle to many other South American Nations. There are (10) different variants currently used.

The ''Cascavel'' weighs 18-tons and is 20-feet long by 8-feet wide, with a height of 9-feet. Supporting a Crew of (3), The EE-9 uses a Detroit (US) Diesel 6-cylinder Engine which produces 212-HP. Rated speed is 60-mph over flat terrain. Armor plating is rated at 1.5-inches throughout. The EE-9 is a (6) wheeled, 6x6 double axle system. They have a Mission Range of 490-miles. Armament included is Twin 7.62mm NATO Round Machine Guns, but other countries have modified combat packages to include small caliber cannon. 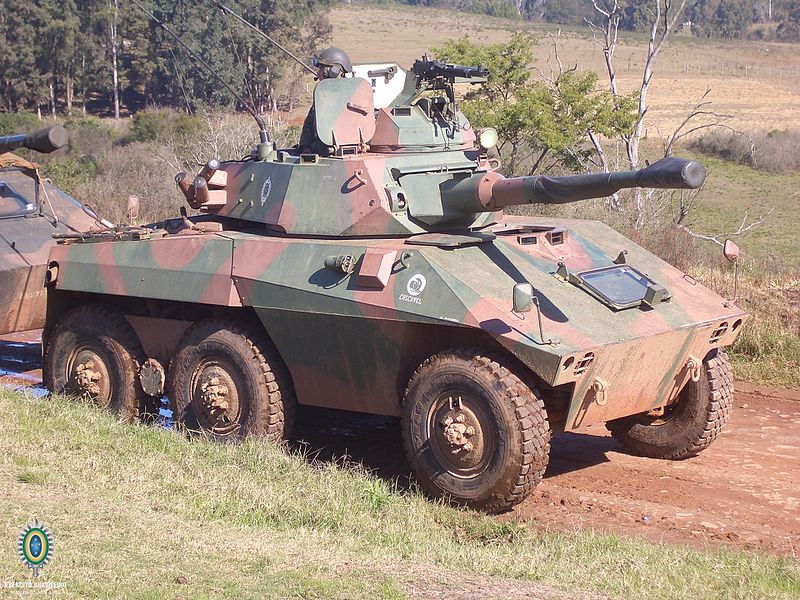