Bowes Castle is a restored ruined Defensive structure located in County Downs, Bough, England. It dates to the 4th Century AD as a Roman Fortification. It's use as a Medieval Castle dates to the 12th Century AD. Bowes was originally an entirely wooden palisade structure that was slowly converted into stone (granite). By The Scottish Great Revolt of 1173AD, Bowes was completed and used by English King Henry II as a primary defensive point. Roughly 200 Knights were once garrisoned there. Featuring a Half-Keep that was originally 80-feet in height with 3 floors, Bowes Castle has 15-foot thick walls (also of granite). The addition of a perimeter wall encompassing The Keep may have been only 6-feet thick (relying on the primary Half Keep as the main defensive structure or ''fall back). A Church and support structures (also made of wood and stone) were built and housed inside the perimeter walls. Bowes (although not the subject of a protracted siege by The Scots, was nonetheless raid several times between 1173-1174 AD). Given as a gift to The Earl of Richmond by King Henry II, Bowes remained in family hands from the 13th to 14th Centuries, it was mysteriously attacked in 1322 and destroyed. Many blamed Scottish dissidents angry over the English victory in The Great Revolt. Rebuilt partially in 1444AD, Bowes would be dismantled (not slighted) during The English Civil War of the 17th Century. It remained a ruin until conservation in the 1920s was begun – restoring it to it's current appearance. 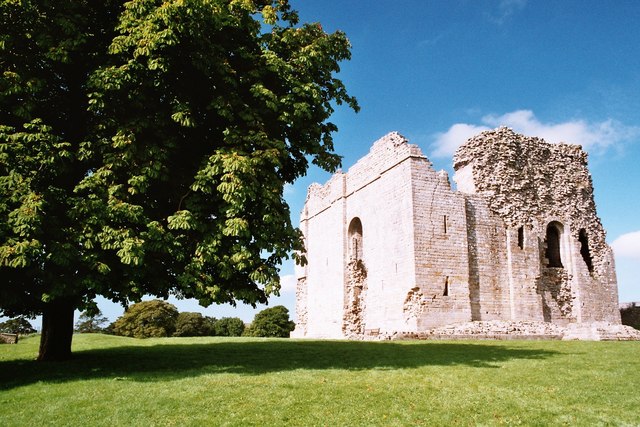