Although the “Bounty Hunter” existed for Centuries prior to the establishment of The American Historical Period known as The “Old West”, he no doubt contributed much to the legend and mythos which created much of what is known, (especially with Film and Novels). The development of the Bounty Hunter was somewhat prevalent in many European Countries, and more so in The Middle East. In Medieval England, Germany and France, with the advent of offering a monetary reward for the capture of wanted Felons and Outlaws, the true Bounty Hunter was born.

By the time of European Expansion into The New World and the establishment of Colonies, so to did the arrival of The Bounty Man. Although by the time of the founding of The United States, these “Hunters of Men” worked mostly at the apprehension of Escaped or Runaway Slaves. With The Westward Expansion, they too – migrated. What constituted the psychology of a “typical” Bounty Hunter, depended on much. Many walked a “fine line” between The Law and Outkawry, themselves. They were often ruthless Killers who were “Master” of the “Art” of ambush. Conversely, they were heavily Armed. Typically,  a Bounty Hunter worked alone (hence, he would not have to share his Bounty). However, in cases were The Bounty Hunter went up against whole Gangs, they would recruit “like minded” Men or form Contracts with other established Hunters.

Most Peace Officers looked with disdain upon The Bounty Hunter (who by his very nature seldom observed the proprieties of Law). This would lead to The US Supreme Court creating a Statue in 1872, which gave Bounty Men the afforded status of being related to Law Enforcement. By Law any Citizen in America has the “Right” to purse or capture a Wanted Felons  (although due to the inherent dangers, most leave this  to Law Enforcement). Thus also entitles the Citizen to any Rewards offered (of which Law Enforcement cannot claim). So, Bounty Hunters had a precarious legal standing.

Many famous Western Personages began their “History” as Bounty Hunters. “Wild Bill” Hickock, James “Doc” Holiday and even Bartholomew “Bat” Masterson, to name a few. In terms of their function with regards to Rewards, as we have seen, Rewards were normally made for Outlaws to be captured and brought in to stand Justice before a Court (hence, “Alive”). Some Outlaws however were so  dangerous that the added condition of “or Dead ” – made Bounty Hunting even more attractive.

Although outlawed in many Countries, The Bounty Hunter still exists in America in form. Although with more and more Law Enforcement by the 1890s in The American West, their need diminished. Today, they are known as Bail Enforcement Agents. Hired by Bail Bondsmen, they “hunt” those who have “skipped” their posted Bond from Jail and did not appear in Court. They are paid a Fee by The Bondsman when captured.  Most States heavily regulate their Profession, with many States not authorizing them Firearms, but allowing them to use “less than lethal” weapons and devices. All States require either some kind of Uniform or Badge to so identify them. As in The Old West, they still must announce their “working” in a specific City to Law Enforcement. 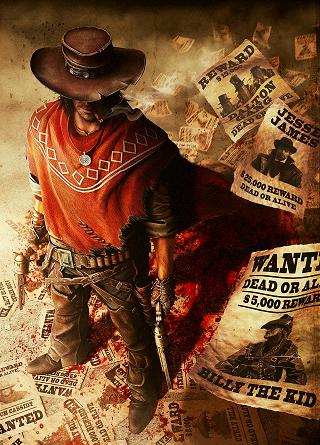