Derived from various Wars Shields used in Battle, The Bouche Shield was a form of Armor protection used by Knights and other mounted Warriors. Unlike most Armored Shields of The Era, The Bouche was designed to accommodate a War Lance. It was often difficult to maintain an aiming point when a Knight charged in battle with a heavy War Lance (despite it being counter weighed at the rear). Likewise, although mostly heavily armored, a Knight still had to maintain a level of protection (especially with the advent of The Crossbow Bolt). Most defensive Shields were large and cumbersome. They were note designed to be hefted onto a horse. The advent of The Bouche Shield (in France during The Hundred Year War) – changed this. The Bouche was lightweight (around 5-pounds), and had a steel and wood reinforced front. The Bouche was slightly curved inward. The revolutionary design was the curved opening in the upper left corner of The Shield.

This opening allowed for the placement of a Lance during a Gallop. It would steady The War Lance and keep it in place. Proper placement also allowed for The Knight to stab either outward and straight or to be unhooked and used to engage Ground Troops. The Bouche would go on to serve as a Tournament Shield during Jousting Events, serving the same function. Additionally, The Bouche design would be adapted into the armor component known as The Gardbrace (later in Late Middle Ages). 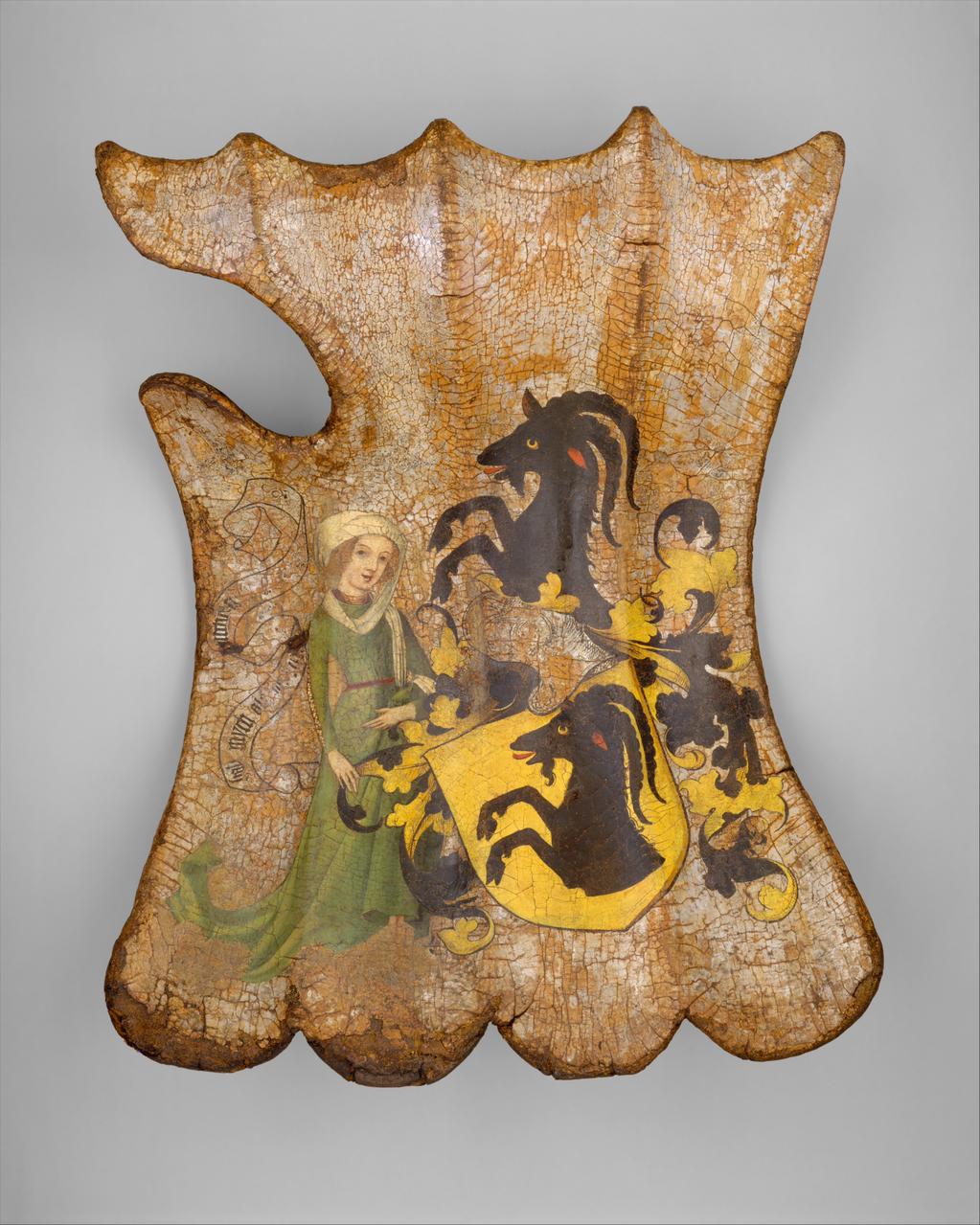