The Bosniak were an ethic Slavic Peoples incorporated into The Prussian Armies around 1745. They were traditionally a form of Lancer (Cavalry) used to exploit the great horse skills The Bosniak had. First deployed during The Seven Years War (1756-1763), they were eventually remained ''Hussar Regiments'' later in Prussian Military History. Noted originally for their Red Riding Tunic, which was possible linked to Cossack origins – they wore a Fur Hat similar to The Busby (an English for of Bearskin).They were adept with The sword and Lance. When deployed after an Occupation, The Bosniak were used as Gendarmerie (Constabulary). 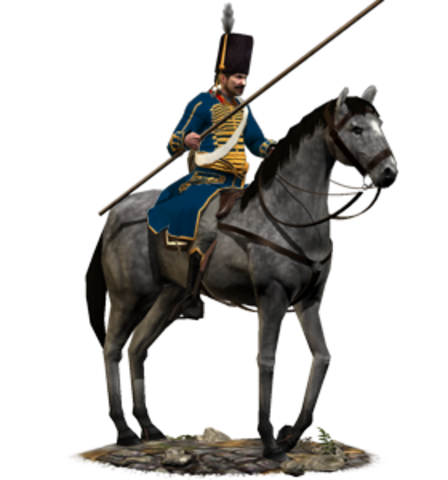