Originating in 4th Century B.C. - The Boeotian Helmet named after the region of it's origin, Boeotia), was an “open helmet” head protection device. Made of bronze (and weighing around 4 pounds), it featured the ability to maintain vision and hearing (both vital on the battlefield). Domed in shape, The Boeotian Helmet featured a sloping metal brim encircling the cap. The front and rear of the brim sloped downwards for protection. The brim sides protected the ears and upper neck. Often described as having various feather plumes worn with the helmet for decoration (or Unit identification), The Boeotian Helmet was used by cavalry mostly. The helmet was so popular that a felt version was designed and very popular among Greek Farmers. The cavalry of Alexander The Great wore this type of helmet in their campaigns. Although popular, it seems to have stayed in the Athens Region. 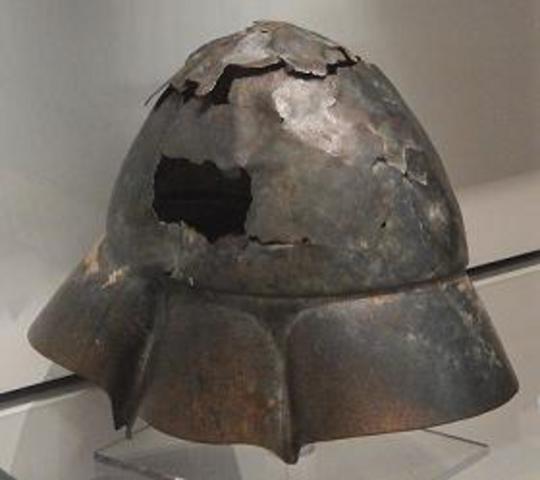