The Class of Ships known as The ''Blackwall Frigates'' were the successor replacements to the once vaunted East Indiamen Commerce Vessels (17th thru 19th Centuries). They appeared in the 1830s and held dominance until the 1870s, when Naval technology had evolved to the beginnings of all iron and later steel construction – used in the construction of larger Cargo Ships and Passenger Liners (Ocean going).

Like The East Indianmen, which projected a very ''Warlike'' appearance, The Blackwall Frigates too, did the same. They resembled a smaller version of a ''Ship of The Line''. Still using a three Mast sail configuration (even with early steam versions, they did not carry an excessive amount of self-defense cannon. By the 1830s, the ''Golden Age of Piracy'' had long since faded, with far fewer Ocean Sailing Pirates, few and far between. The main usage of their guns was for Coastal Defense (which most Pirates now clung close too).

Another telling difference with The Blackwalls was their Hull which was more sleek, The featured bulbous Bows which many Seamen called ''Apple Cheeks''. Typically, A Blackwall Frigate ranged between 800 and 1,200-tons displaced in the water. Sizes too varied from 150 to 250-feet in length, seldom going beyond a beam of 40 -feet.

Various ''Clipper''-Classes were also placed into The Blackwall System as well. As with the Frigates, they bore a striking resemblance to a Warship. Built mostly in Great Britain, it is estimated close to 500 such Blackwall Frigates were afloat in the mid 19th Century. 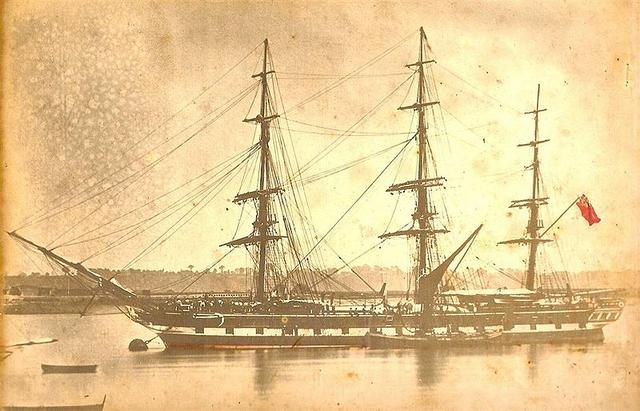