The Bigatus was Ancient Roman coinage, related to The Denarius. It was most produced in the 2nd Century AD. The term ''Bigatus'' was related to The Biga. This, as we have seen – was the Twin Wheeled Chariot, commonly in use. The very image of a Biga was placed on the reverse of the coin.

Emperors did not appear on The Bigatus. The most common face used was the image of ''Victory'' (in profile). It was a popular coin in Roman Hispana and Gaul.

Bronze stamped (later Copper), The Bigatus was considered a ''Commerce Coin'' used for Trade and not normally seen in general circulation (treasury), to measure standard wealth in Roman. 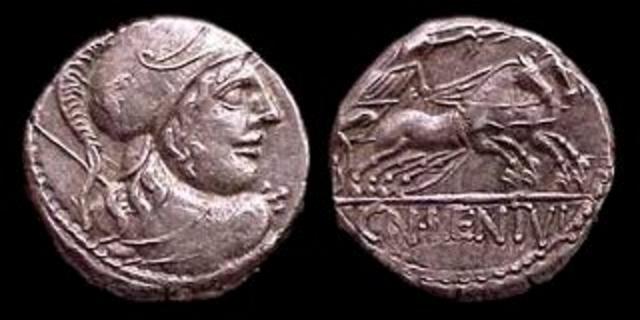