In Ancient Roman ''tradition'' Lightning was seen as a ''sacred'' component to much of their Religious practices. When the phenomenon occurred, and made ground fall (strike) – great fanfare and ceremony of it was made. The Strike could be viewed as ''Godly wrath'' or ''Divine Approval''.

The spot of The Strike was quickly closed off and a special columned pedestal was erected. Priests would make ''great fanfare'' and all of Rome would attend (even The Emperor). After suitable animal sacrifices to ''The Gods'' (in particular, Jupiter) were made, The Bidental was left as a final ''monument'' to The Event. Many still dot The ''Eternal City''.

Bidentals were common throughout Roman Kingdom, Republic and Imperial Periods. The Event was often immortalized via applied carvings and inscriptions of ''The Divine Thunderbolt''. Ignoring such and Event was seen as an extremely ''bad Omen''. 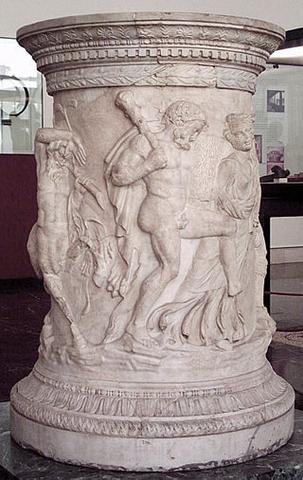