Born in 1354 (Asia Minor) to a lower level Lord, Beyezid was earmarked for glory. His Clan (located on The Euphrates and The Upper Balkans), were lead by his Father – Murad. Taught the ways of The Ottoman Warrior, he grew up strong and capable. With the death of his Father at The Battle of Kosovo, Beyezid took power (and command of the Armies). His string of successive military conquests gave him the name “Yildrim” (or “Thunderbolt” for his lighting fast attacks). Known for creating Upper Elite Ottoman “custom” of “Imperial Fratricide”, Beyezid assassinated all his brothers (to cement his throne and eliminate all “Pretenders”).

His campaign in The 2nd Battle of Kosovo was important to The Ottoman Empire. Serbian Powers was growing to a point that it was going to eliminate it's heritage to The Byzantine Empire. Beyezid moved in and took Kosovo - added a key piece to The Empire that would remain under their grasp for 400 years. In 1391, a final encounter in the last European Crusades of the Region would successfully kill most of The Noble Ruling Class (and forever stop any future thoughts of European control of The East. This would further result in the annexation of The Kingdom of Bulgaria.

In 1398, Beyezid tried (unsuccessfully) to take Constantinople. He was stopped by an equal foe in the guise of Tamerlane. Engaging each other at The Battle of Ankara (1402), Tamerlane so effectively broke up Beyezid's lines, that his cavalry components ran off!. Captured, Beyezid was publicly “Caged” and humiliated. He committed suicide in 1403. 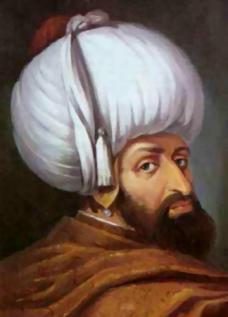